Travel Around The Komodo Island

The beautiful Sunset on the Island of Komodo

Travel Around The Komodo Island

Komodo island is indeed famous for the original habitat of rare animals of ancient times and believed as the species dinosaurs that still alive until now, Komodo. Animal reptile is an animal’s largest reptile in the entire world. Because of their rarity and uniqueness that the island of Komodo was in the voting to become one of the wonders of the world.

Komodo island itself is one big island in the Komodo National Park area in addition to Rinca island and Padar island. In addition to its Komodonya, Komodo Island is also quite famous for its underwater. There are various types of sea corals and species of fish that live there.

A vacation to the National Park area Attractions Komodo is certainly not complete if you do not visit the attractions that exist around him. A stationary object has an appeal of their own and experience in the can when the vacation there will be different. Some of the places that worth a visit when on holiday in the tourist area of Komodo island, among others, as follows.

The Island Of Padar 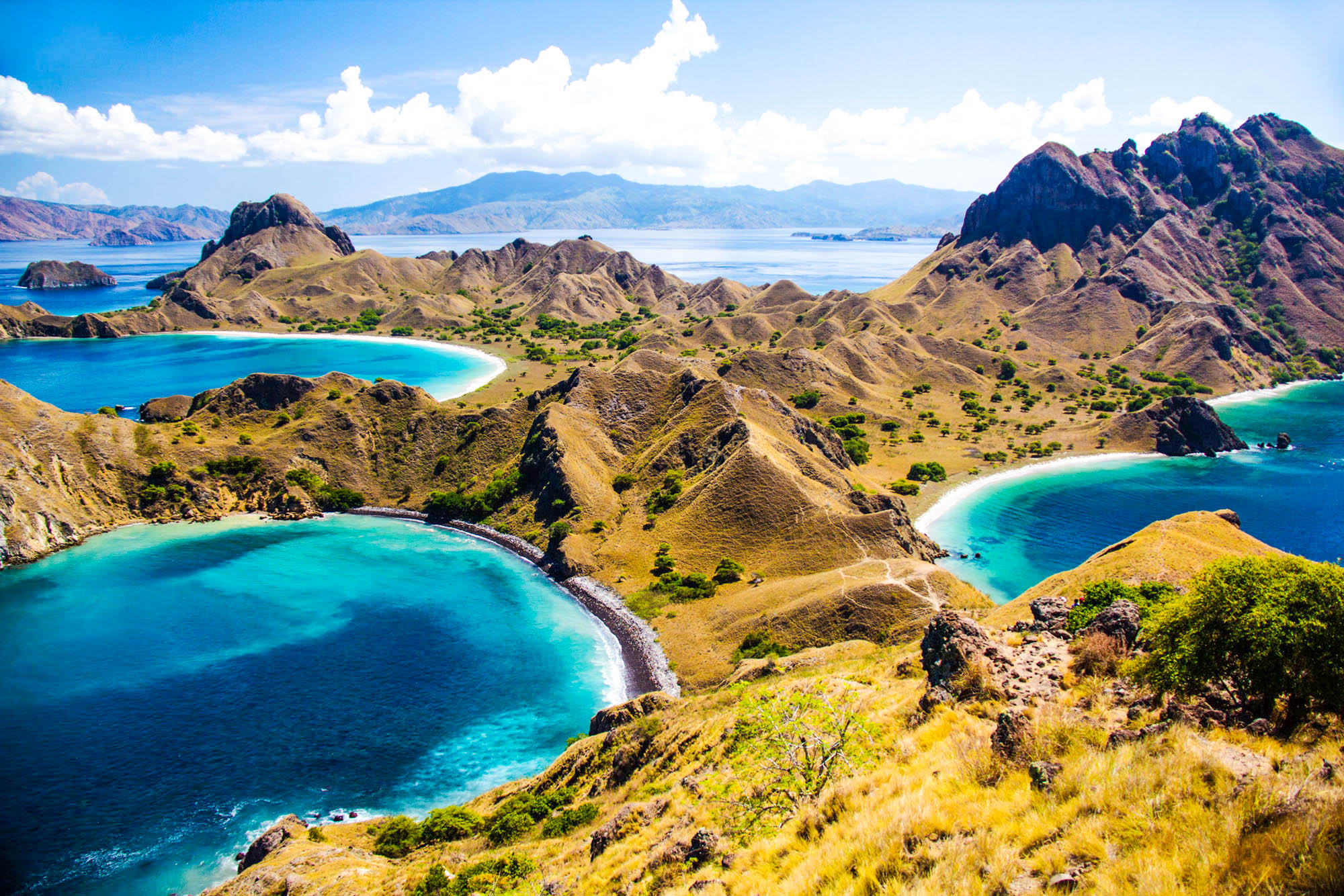 Padar Island itself is the third-largest island after the island of Rinca and Komodo Island. Although located in the area of Komodo national park, you will not see Komodo dragons on this island. I said his guide, it is because of the food chain is disconnected. What, then, becomes the attraction of the Island of Padar if I’m not there Komodo?

Padar island itself is dominated by grassland and cliffs as well as foothill. For those of you who have a hobby or trekking, the island could be an option. Appeal from the island of Padar itself that is the view obtained from the top of the hill. You can see a wide variety of blue sea in accordance with the depth level. You also can see a row the boat is docked.

Overlooking the blue sky, white clouds and several small islands around it makes this place a spot of photo instagramable. To get a view of the indeed it takes a bit of effort. You need to be tracking to a hill high enough. But upon arrival above the panorama presented, such as paid travel exhausting the.

To go to the Island of Padar you need to use a boat, speed boat or other from Labuan Bajo. Tips for you guys who pay a visit to the island of Padar, you should use footwear as well as comfortable clothing. This is because you will do trekking to the top of the hill. Bring some food and drinks enough. Don’t forget to bring the camera so I could capture the moment of fun over there. The most important to prepare physically and good stamina so a holiday is a maximum.

The island is located in Flores islands of Nusa Tenggara, also including an island in the Komodo national park area. Unlike the island of Padar, here you will find reptile giants and also several other wild animals such as pigs, birds, buffalo, deer and pet animals other.

To reach Rinca island you can rent a boat, speed boat or others with different rates also. The distance from Labuan Bajo approximately about 2 hours, and upon arrival at the pier, Loh Buaya Rinca island you need to pay the entrance ticket of Rp. 25.000.

In Rinca island itself is also already there are facilities such as inns, eating house, toilet and other. a little info for you guys, Komodo island, Rinca are more aggressive even though his body is smaller than in Komodo island. So you guys should be more careful and always follow the direction of a guide. 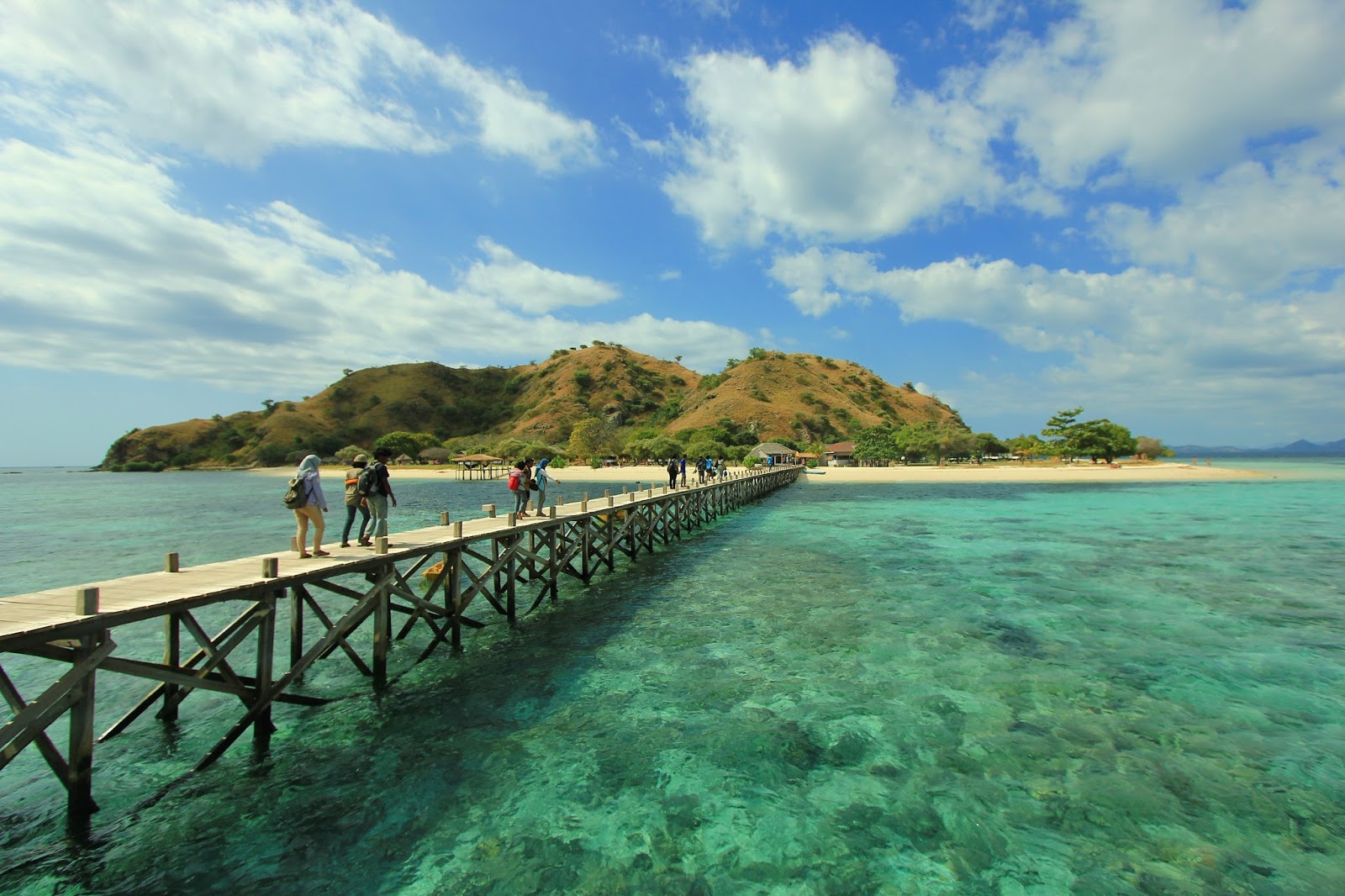 Kanawa island is quite famous among traveler Indonesia. This is because of a good view of it above the surface of the sea or the scenery under the sea. The island is indeed small-sized might be the extent of about 30 hectares. Although small the view given is incredible. Clear seawater makes us a glimpse that could see the fish that swim among the coral reefs.

On Kanawa Island, you can relax while sunbathing, swimming, snorkeling, and also diving. The appeal from Kanawa island is underwater scenery. You only need to walk about 10 meters from the beach, then you will find the natural beauty of the island of Kanawa what I mean. Facilities on the island of Kanawa is also quite complete as lodging, restaurants, and so forth.

Related to the distance of 15 km from Labuan Bajo. You can visit the island by boat with a distance of approximately 1 hour. The cost of the boat rental itself is about 250 thousand or more. For the cost of stay the price per night starting from Rp 300,000 to Rp 500,000. Kanawa island is also fairly attractive is quite deserted. So suitable for you who want to vacation with a calm atmosphere and far from the crowd.

Komodo island also has many interesting sights, namely the pink beach. Sounds pretty unique but yeah that’s his name. Named Pink Beach because typically beach sand colored black or white but the sand here colored pink aka pink. It was caused by a coral pink that have been destroyed and fused with the sand beach.

If you see from above, the scenery will be very beautiful where the blue sea met with pink sand beach combined in one frame will be the object of the photo that is instagramable. Not only sand beach of its unique, but underwater scenery pink beach is also not less beautiful. Many tourists visit the beach together to enjoy the view of underwater life.

To get to the venue, you need to rent a boat from Labuan Bajo to Komodo island at a cost of about 300 thousand and a distance of about 2 hours. Arriving at Komodo island you need to ride a boat to a pink beach with a journey time of about 30 minutes. Tips for your next trip to the pink beach which, carry enough stock, because there is a reptile giant-free life so better be careful and follow the direction of a guide, and most importantly take care of hygiene.

It was some tourist attraction around the Komodo island you can visit when on holiday in Labuan Bajo. You can use the services of tour travelers Komodo Island to visit and enjoy the attractions in the national park of Komodo island with a complete. Hopefully, the article above can add a reference, you, the traveler who wants to vacation to Komodo national park.