A Memorable vacation in Kanawa Island

The province of East Nusa Tenggara is already very well known for its natural charm that is extraordinary. Start from Labuan Bajo, Komodo Island, as well as the beautiful beaches that are nearby. This condition makes the name of the province of East Nusa Tenggara increasingly known as a tourist paradise. One of the attractions that exist in the province, namely  Kelimutu Lake with the beauty of the not less cool than other attractions.

East Nusa Tenggara is one of the provinces in Indonesia, with the capital named Kupang. Have about 22 counties/cities. It has the best tours which are well known to all corners of the world. One of them is Komodo Island which is until today still become a tourist attraction.

But, please be aware that East Nusa Tenggara not only has the Komodo course. But there are so many natural attractions that are very enchanting and exotic, one of that Funds Kalimutu. Lake one is a lake located three awesome colors.

The lake is a lake that is the most unique in the province. Its uniqueness lies in the water conditions of the lake that can change color. The lake has three main colors namely Blue, Red, and White. Color this happens because of the great influence of the microbes and the temperature of the gas in the area of the lake.

The Origin Of The Name “Kelimutu”

The meaning of the name Kelimutu is taken from two different syllables. The word “Keli” which means mountain and the word “Mutu” which means boiling. If we connect both of these words then become “Mountain boiling”. The lake has been found by a Dutch citizen named Van Such in 1915.

After that, the lake immortalized in the form of paintings by Y.Bornean in 1929. Not long from that, his paintings are scattered and many are known to make the Kelimutu Lake is getting a lot of visitors. Ranging from ordinary tourists to scientists as researchers. On February 26, 1992, it was designated as a nature conservation area national.

The temperature in this area is very cool for those of you that are in height, around the 1639 masl. The three lakes here have a name as well as the depth that varies. The first Tiwu Nuwa Muri Kofai with having into about 127 meters and an area of 5.5 ha, green moss. The second Tiwu Ata Polo into about 64 meters and a total area of 4.5 ha, the color green. Third Tiwu Ata Mbupu has a depth of about 67 meters and an area of 4 ha. 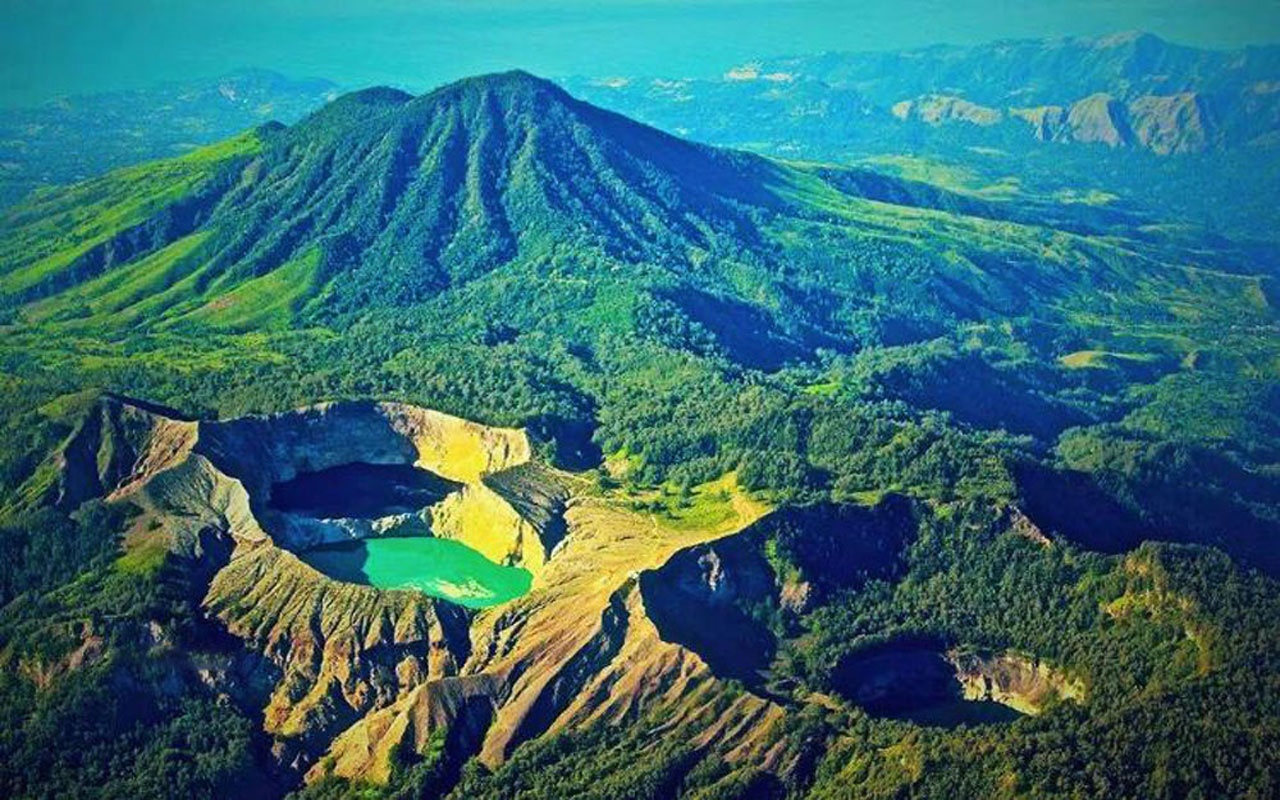 Access to Kelimutu Mountain if from Maumere can be reached by a journey that will take about 4 hours to drive normal. Accessible by private car or rented car or even by bus from Maumere towards Ende. The path passes the Moni, after arriving in Moni, You can use the services of a motorcycle taxi. Car or public transport so can get to the post levy which is also the entrance to Kelimutu Mountain.

The more curious and can’t wait to visit Kelimutu? Just schedule Your journey right now. For travel that is practical and fun, you can book a tour of Komodo Island from Excellentkomodotours.com.